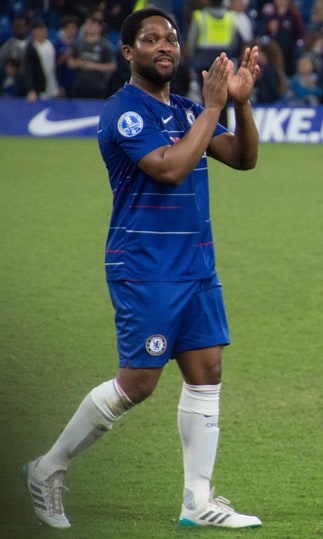 Newcastle United confirmed that an agreeement for the negotiations with Celestine Babayaro,has been reached Babayaro will join Newcastle United on January 1, 2005. The 26-year-old Nigerian international, who would have been out of contract at Stamford Bridge at the end of the season, has been on Tyneside this week to thrash out a deal which will see him move to St James’ Park for an undisclosed fee on Saturday.

He also qualifies to appear in the FA Cupand UEFA Cup for Newcastle United this season, the latter being because although nominated as a substitute, he has not taken the field for Chelsea in European competition this season.